Legal Services for the Commercial Real Estate Industry
...and Beyond

ICRE LAW was founded in 2019 by David J. Myers, Esq. after 35 years’ experience representing business and real estate owners in their transaction and litigation activities.  During the 1980s, he was an associate attorney with one of Los Angeles’ premier real estate law firms, Rich & Ezer, until its dissolution during 1989. Thereafter he co-headed the Los Angeles office for Tarkington, O’Connor & O’Neill, where he concentrated in the representation of federal banking regulators (FDIC, RTC and FSLIC) and financial institutions during the savings and loan crisis. Since 1993 he has owned his own law firm in Los Angeles until relocating to Newport Beach during 2014.

Mr. Myers’ obtained a Bachelor of Arts in Comparative Literature from the University of California, Irvine in 1978, and his JD from Loyola Law School (Los Angeles) in 1983.  He also attended the University of Bordeaux, France as an exchange student and is fluent in French. 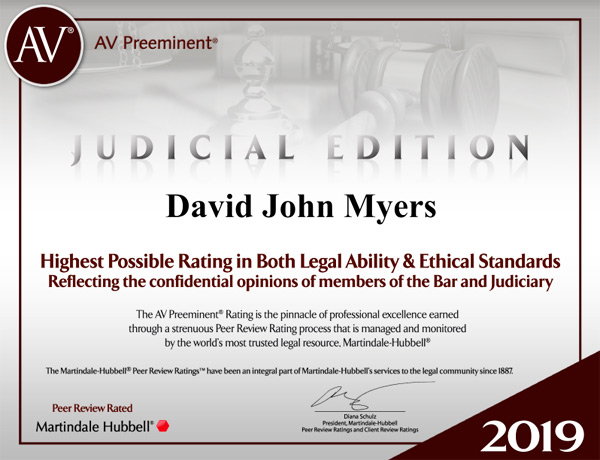